Apply to this job Back to job

You would contribute to the Open Source implementation of the Revault protocol.

We are looking for someone with experience developing on, and with a good understanding of, Bitcoin. We are using Rust as the primary language for development, but experience with Rust is not required as long as you have experience with C, C++ or similar programming languages.

First and foremost, you would contribute to the protocol specifications. As a new engineer you would start by reviewing the architecture and familiarize yourself with the "version 0" protocol. Along the way you would raise any concern or ideas for improvements. New ideas are welcome and often debated. Have a look at the issue tracker at practical-revault for instances of protocol discussions.

Then, you would contribute to the implementation of these specifications in the `revault_tx` and the `revault_net` libraries. See the issues tagged "RFC-setttled" for instances of modifications that were (or have yet to be) implemented there.

You would help finalize the implementation of `revaultd`, the "wallet" daemon:

You would also contribute to the servers implementation:

Above all we are looking for a person to join our still very small team, at an early stage of both the project and the company.

Everything about Revault the project happens publicly. To learn more, start with the high-level introduction. Feel free to join the #revault IRC channel at Libera and ask questions.

Apply to this job Back to job

Your application has been successfully submitted. 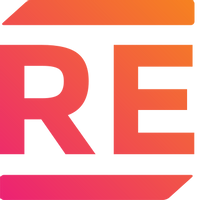